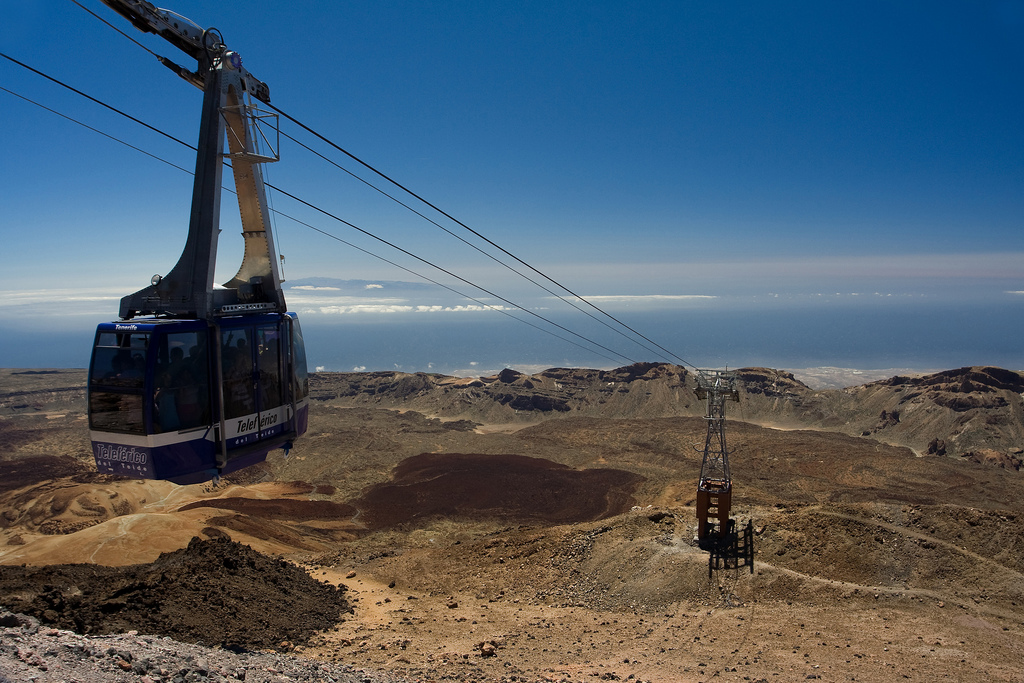 
The history of the Teide cable car began in 1929 when lawyer Andrés Arroyo González de Chávez, inspired by the German cable cars of the Zugspitze region, plans to build a funicular on the Teide. The project was given to road engineer Jose Ochoa who designs the cable car after intense studying of the aerial lifts in Switzerland, Austria and Germany. After many years of work and several rounds of modifications to the initial project the Teide Cable Car Company is created on 15 October 1959. In order to secure the land and rights to build the cable car the company manages to exchange with the city of La Orotava the necessary land for the construction. Works on the Teide cable car begin in 1965 and the installation is finalized by 1971.


Currently the cable car is operated by Teleferico del Pico de Teide, an anonymous society created in 1971. In 2008 the Cabildo de Tenerife (Island Council of Tenerife) owned 49,44% of the shares of this company. The concession of the cable car ends in 2037.


On 15 March 2017 due to a malfunction, the cable car safety systems activated and stopped the cabins between stations. 60 persons were trapped in the cabins for several hours until rescue workers were able to lower them to safety using ropes. Another 200 persons remained trapped on the top of the mountain at an altitude of more then 3500 m. Some have chosen to descend by foot on the trail that leads down via the Altavista refuge. Another group spent the night on the mountain and some were rescued via helicopters.