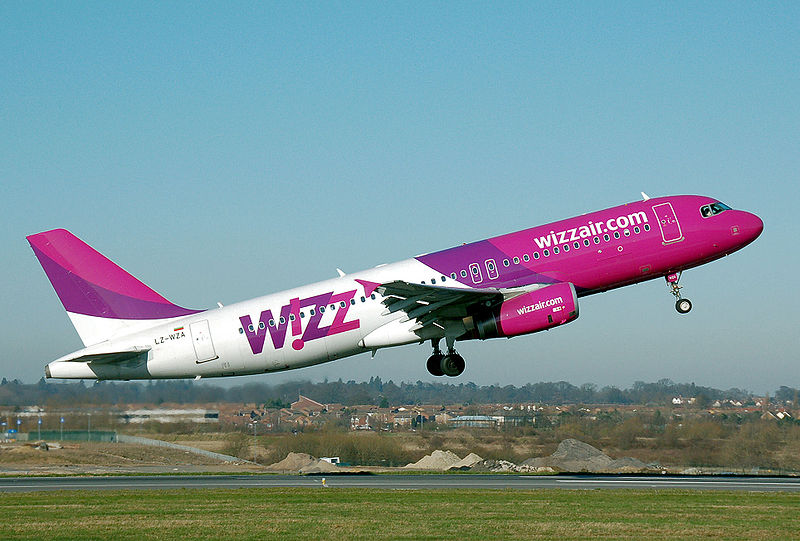 Wizz Air A320 in the old livery

Wizz Air is a Hungarian low-cost carrier. The company is officially called Wizz Air Hungary Airlines Ltd. (In Hungarian: Wizz Air Hungary LégikÃ¶zlekedési Kft.) and its headquarters are located on the grounds of Budapest Ferenc Liszt International Airport BUD LHBP, Hungary. Since the demise of flag carrier Malev it is the largest hungarian airline. The airline operates primarily in Europe but it also has flights to the Middle East with a total number of 35 countries served from its bases in Central and Eastern Europe

Wizz Air was founded in September 2003 with capital from lead investor Indigo Partners (an american private equity firm). The airline had its first revenue flight on the 19th of May 2004, from Katowice. This was possible due to the fact that Poland and Hungary entered the European Union just 19 days before and joined the single European aviation market. Wizz Air carried more then 250 000 passengers in less then four months of operation and almost 1.4 million in its first year.

The passenger numbers went up and in 2011 Wizz Air carried more then 11 million passengers on the whole route network, 15% more then the year before.

JÃ³zsef Váradi the former CEO of Malév Hungarian Airlines is the CEO of Wizz Air since its funding.

The headquarters of Wizz Air are located in Building 221, on the grounds of Budapest Ferenc Liszt International Airport BUD LHBP. The company moved into this office in June 2011 and occupies over 2.000 square meters of space.
The company previously had its headquarters in Vecsés, in the close proximity of the airport.

Since 25 February 2015 Wizz Air is traded on the London Stock Exchange.