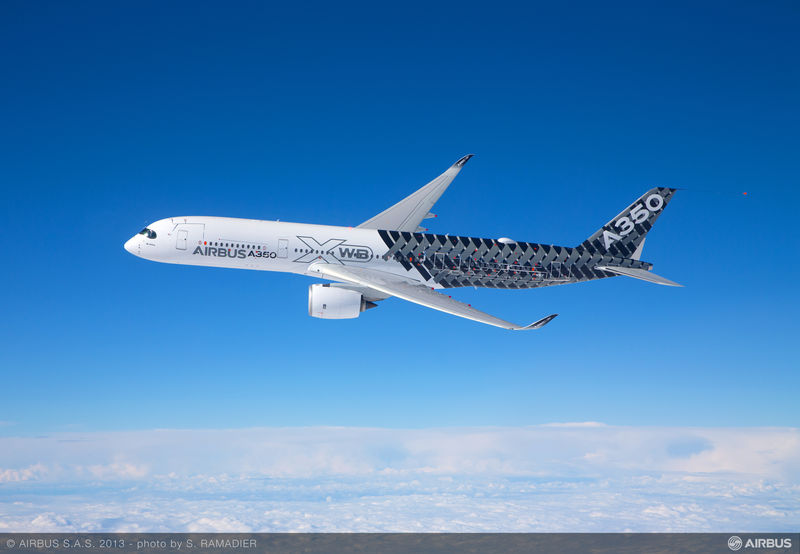 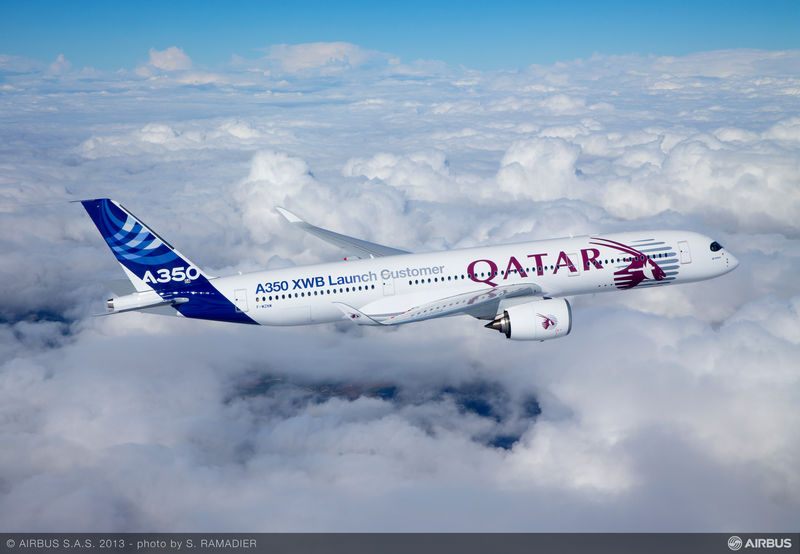 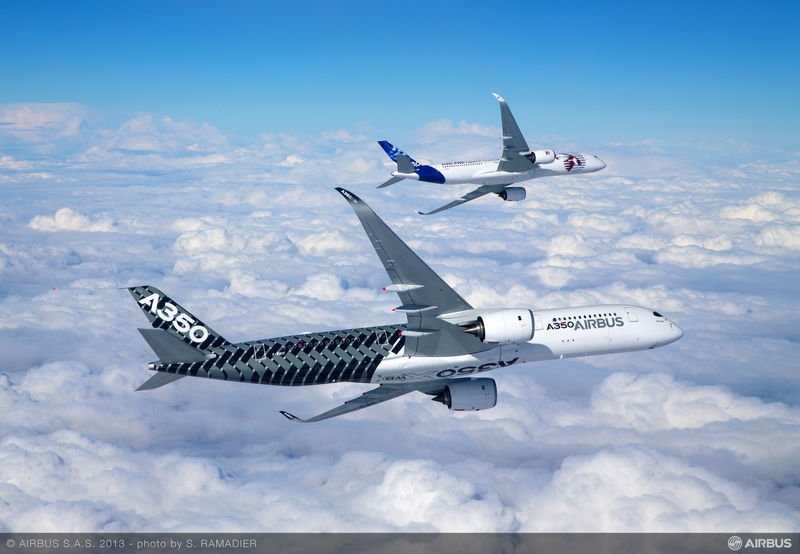 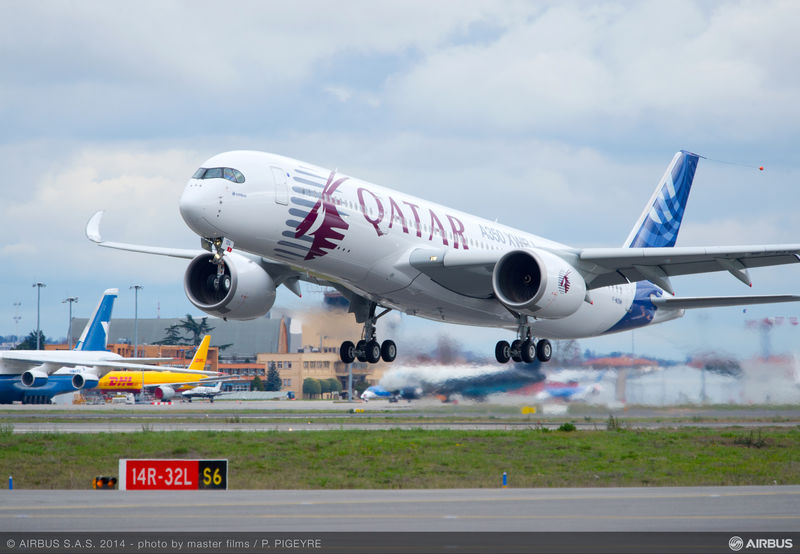 The Airbus A350 XWB is a new family of long-range, twin-engine, wide-body jet airliners under development by Airbus. This is the first aircraft from the European manufacturer that will feature fuselage and wing structures made primarily from carbon-fiber reinforced polymer. According to initial specs released by Airbus it will be able to carry 250 to 350 passengers in a typical three-class seating layout.

While it was originally presented as a successor of the A330 and the A340 now its clear that the Airbus A330 will not be discontinued and will have a NEO variant. The Airbus A350 XWB will compete with the Boeing 787 Dreamliner and the Boeing 777 family.

Proposed initially in 2004 with new aerodynamics, new engines and a fuselage that was based on the A330 the plane was redesigned and renamed A350 XWB due to the rejection of the initial proposal by most of the airlines that discussed it with Airbus. The company argues that the Airbus A350 will be more fuel-efficient and will have operating costs up to 8% lower then its main competitor the Boeing 787 Dreamliner. This is possible due to the A350's larger capacity.

The launch customer for the A350 is Doha based Qatar Airways, which has 80 aircraft of all three variants on order. The development of the aircraft costs Airbus around â‚¬12 billion (US$15 billion or Â£10 billion). The Airbus A350 XWB is scheduled to enter airline service in late 2014 with Qatar Airways.


Immediately after the Boeing 787 Dreamliner was announced, Airbus rejected the claim that this new airplane by its rival would be a serious threat to the A330 and concluded that no response is needed. However airlines started pushing Airbus to come up with a response to the 787. Reluctantly Airbus proposed the A330-200Lite, a simple derivative of the A330. This new variant would feature improved aerodynamics and better engines. Due to be announced at the 2004 Farnborough Airshow the A330-200Lite project was cancelled.

Later that year on the 16th of September 2004 then-Airbus president and CEO NoÃ«l Forgeard revealed that a new project is being considered without revealing anything specific. Airbus committed â‚¬4 billion to a new airliner design which was similar to the A330 but with a new wing, engines and horizontal stabilizer alongside new composite materiales and production methods applied to the fuselage. On 10 December 2004 the boards of EADS and BAE Systems then the shareholders of Airbus, gave Airbus the "authorisation to offer (ATO)" and formally named it the A350.

On 13 June 2005, Qatar Airways announced at the Paris Air Show that it placed an order for 60 A350s. In September 2006 the airline signed a memorandum of understanding with General Electric to launch the GEnx-1A-72 for the aircraft. Another Middle East carrier Emirates was also analyzing the airliner but they decided that this initial version doesn't suit their needs and did not order it. However in 2007 they placed an order for the A350 XWB in 2007. In 2014 due to fleet requirements review they cancelled this order.

Airbus's largest customers almost immediately criticized the project. On 28 March 2006 in the presence of hundreds of top arline executives ILFC's president Steven F. Udvar-Hazy called the A350 "a Band-aid reaction to the 787" and GECAS president Henry Hubschman shared his opinion. A new clean-sheet design was requested by Udvar-Hazy in order to avoid losing market to Boeing. Airbus then-CEO Gustav Humbert hinted that there is no quick fix: "Our strategy isn't driven by the needs of the next one or two campaigns, but rather by a long-term view of the market and our ability to deliver on our promises."


Airbus presented the design in September 2007 to a gathering of more then 100 potential and existing customers. According to them the A350 XWB will be build on technologies developed for the Airbus A380 and will have a similar cockpit and fly-by-wire systems layout. The aircraft will be built out of 53% composites, 19% Al/Al-Li, 14% titanium, 6% steel and 8% miscellaneous. The expected maintenance cost would be 10% lower while the empty seat weight would be 14% lower then competing aircraft. According to Airbus the internal goal for design freeze was in October 2008.
The manufacturer said that the aircraft would provide a better cabin atmosphere with 20% humidity, a typical cabin altitude at or below 1800 m (6000 ft) and an airflow management system that can e adapt the cabin airflow to the current passenger load. Also according to Airbus the aim was to certify the A350 XWB with a 350 minute ETOPS capability on entry into service and to reach a 420 min ETOPS capability later.