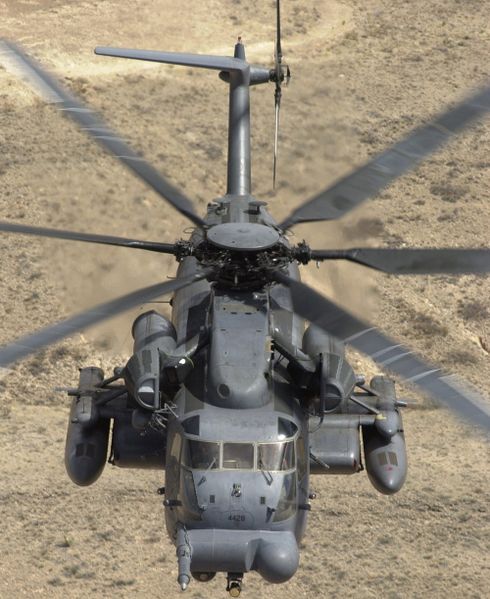 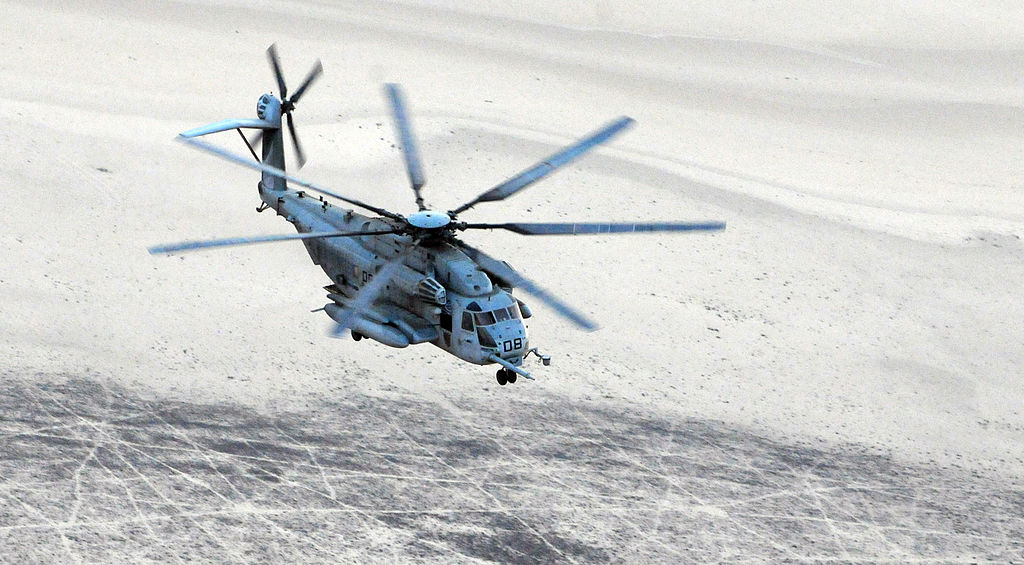 MH-53 flying over the Grand Bara desert in Djibouti, Africa


The Sikorsky MH-53 Pave Low series is a long-range combat search and rescue (CSAR) helicopter developed by The Sikorsky Aircraft Corporation for the United States Air Force. The helicopter was developed from the HH-53B/C variants of the the Sikorsky CH-53 Sea Stallion. The HH-53 "Super Jolly Green Giant" was meant to be the successor of the HH-3 "Jolly Green Giant". The MH-53 is also used for Special Operations missions. In September 2008 the U.S. Air Force retired the MH-53J/M and was replaced by the CV-22B Osprey

The key aspects in the Pave Low's mission is the ability to fly low for long distances, to penetrate denied areas during day or night, in adverse weather in order to allow infiltration, exfiltration and resupply of special operations forces. Generally the MH-53 Pave Low operates in conjunction with MC-130H Combat Talon for navigation, communication and combat support, and with MC-130P Combat Shadow for in-flight refueling.


Known under the nickname "Super Jolly Green Giant" the HH-53B was intended for Search and Rescue operations. The nickname was a reference to the HH-3E "Jolly Green Giant", a stretched version of the H-3 Sea King, widely used in the Vietnam War for CSAR operations. The United States Air Force regarded favorably these Sikorsky S-61R/HH-3E "Jolly Green Giants" for their long range combat search and rescue CSAR capabilities and was interested in acquiring the more capable S-65/CH-53A. So in 1966 the USAF awarded the contract to Sikorsky to develop and build a CSAR version of the CH-53A. This helicopter was designated HH-53B.

Among the key features of the HH-53B are:

The helicopters operated with a crew of five, including a pilot, copilot, a crew chief and two pararescuemen.