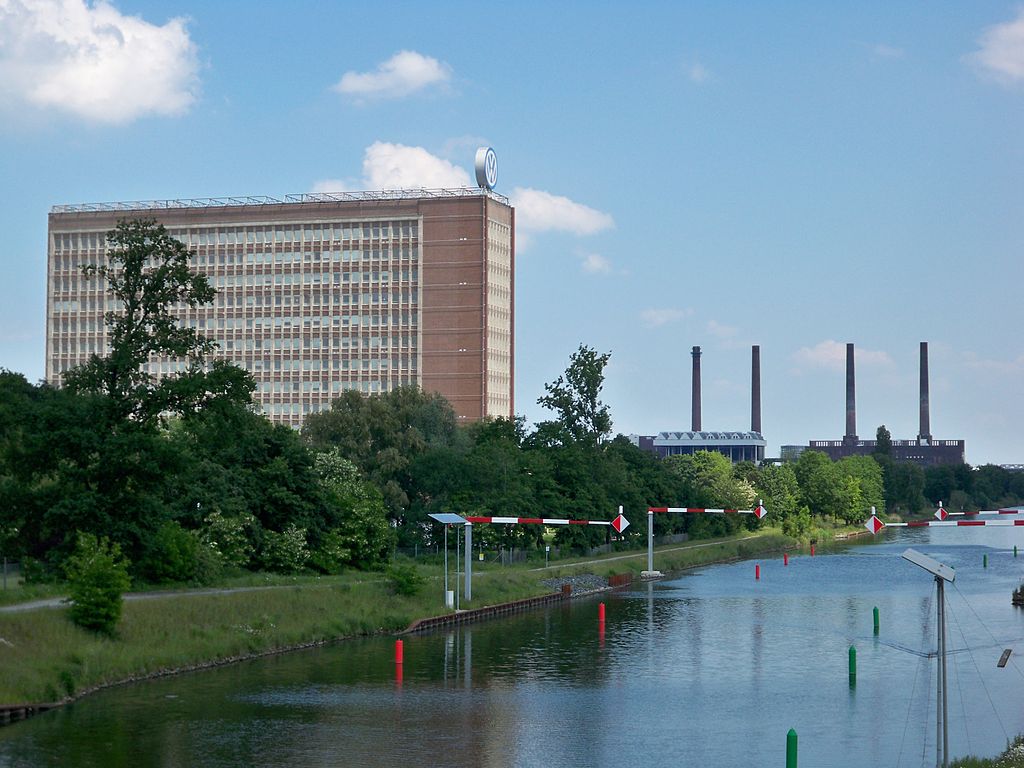 Headquarters of Volkswagen AG with the old power station and Mittellandkanal

Volkswagen ("People's car" in German) was founded on 28 May 1937 in Berlin as the Gesellschaft zur Vorbereitung des Deutschen Volkswagens mbH ("Limited Liability Company for the preparation of the German People's Car", abbreviated to Gezuvor) by the National Socialist Deutsche Arbeitsfront (German Labour Front).

The initial goal for the company was to manufacture the Volkswagen car, originally referred to as the Porsche Type 60, then the Volkswagen Type 1, and now known as the Volkswagen Beetle. The Type 1 was designed by Ferdinand Porsche's consulting firm, and the company was backed by the support of Adolf Hitler. On 16 September 1938, Gezuvor was renamed Volkswagenwerk GmbH ("Volkswagen Factory limited liability company").

Shortly after the factory near Fallersleben was completed, World War II started and the plant was ordered to build vehicles for the military, primarily the Kübelwagen (Porsche Type 82) and the related amphibious Schwimmwagen (Type 166), both of which were derived from the Volkswagen. Only a small number of Type 60 Volkswagens were made during this time. The Fallersleben plant also manufactured the V-1 flying bomb, making the plant a major bombing target for the Allied forces.