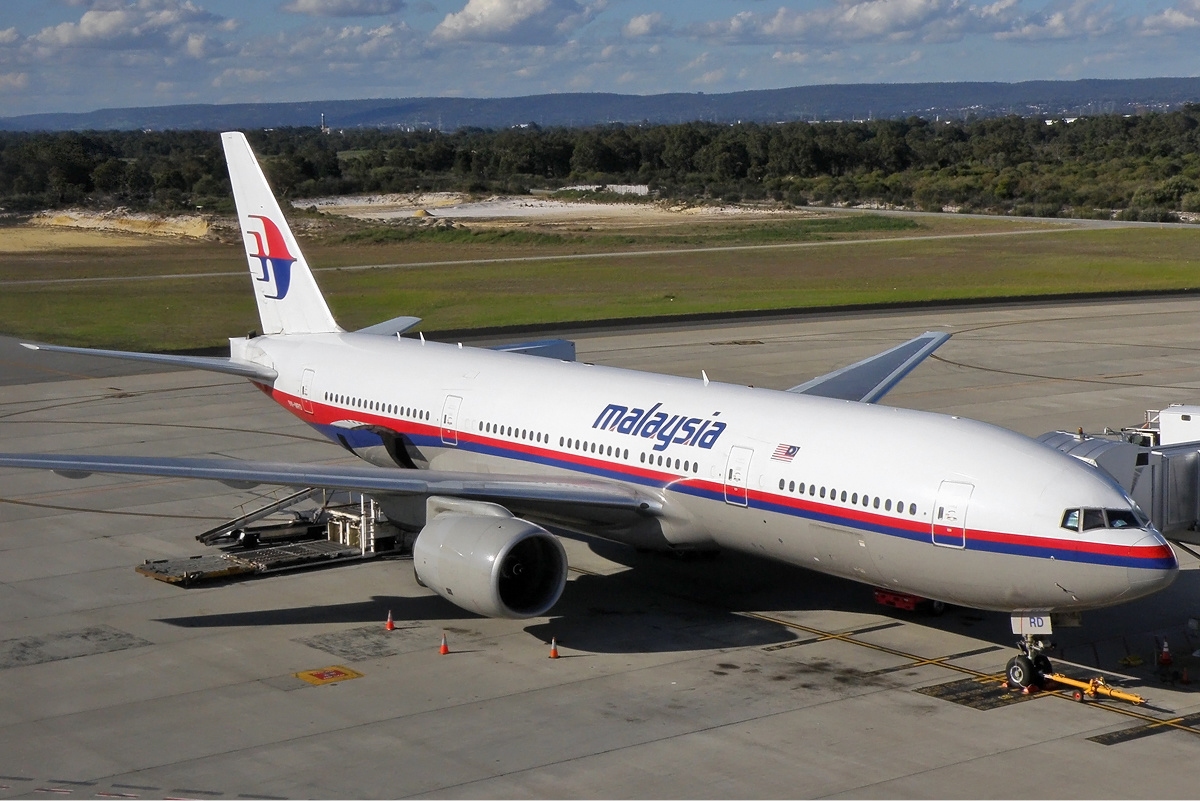 Malaysia Airlines Flight 17, shortened MH17 or MAS17 also codeshared as KLM Flight 4103 or KL4103 was a scheduled international passenger flight from Amsterdam to Kuala Lumpur and it was operated by Malaysia Airlines. On the 17th of July 2014 the aircraft performing the flight, a Boeing 777-200ER registered 9M-MRD crashed in the vicinity of Torez in the Donetsk region of Ukraine, approximately 41 km from border with Russia. The aircraft was carrying 283 passengers and 15 crew members. There were no survivors of the crash.

Ukrainian authorities claim that the aircraft was shot down by pro-russian separatists. The separatists claimed that the Ukrainian government shot down the plane. Initial Twitter reports attribute to the separatists the responsibility for shooting down the plane. U.S. president Barack Obama citing intelligence officials confirmed that the initial intelligence assessment showed that a Buk surface-to-air-missile had been fired at the plane and that there was "credible evidence" it was fired from a location held by pro-Russian rebels.

If the final investigation will prove that the aircraft was indeed shot down then this will be the deadliest airliner shootdown in history. This is also the fifth Boeing 777 hull loss, the third in just over a year. This crash is the worst accident of Malaysia Airlines and the second this year after the disappearance of Flight 370 on 8 March 2014, while en route from Beijing to Kuala Lumpur


The flight was operated with a Boeing 777-200ER, with serial number 28411 and registration 9M-MRD. The aircraft first flew on 17 July 1997, exactly 17 years before the incident and was the 84th Boeing 777 produced. It was delivered new to Malaysia Airlines on the 29th of July 1997 with two Rolls-Royce Trent 800 engines. It was configured to carry 282 passengers and during its service with Malaysia Airlines it has logged over 43.000 hours and 6950 cycles prior to the crash.

This is the 5th hull loss involving a Boeing 777, prior to this only four other 777's have been lost: British Airways Flight 38 in January 2008, an EgyptAir 777 which was damaged beyond repair by a fire on ground at Cairo International Airport, Asiana Airlines Flight 214 in July 2013 and another Malaysia Airlines Flight 370 which went missing on 8 March 2014 and was still being searched.

The Boeing 777, entered commercial service on 7 June 1995 and has one of the best safety records in any commercial aircraft. As of July 2014, there were more then 1200 aircraft in service and another 340 are on order.

The aircraft crashed outside Hrabove, near Torez in eastern Ukraine and it seems that the fireball was captured on video.

Shortly after the crash several video recordings and photographs emerged from the crash site that show scattered pieces of fuselage, bodies, passports and personal belongings of the victims.


Initial reports suggested there were 280 passengers, later Malaysia Airlines has confirmed that there were also 3 infants on the plane giving a total number of 283 passengers and 15 crew members on board MH17. There were no survivors. On the 19th of July the airline had determined the nationalities of all 298 passengers and crew. Some of the passengers were delegates from the International AIDS Society and they were on the flight in transit to a conference being held in Melbourne, Australia. Among them Joep Lange, a former president of the society. Other notable passengers were: Dutch senator Willem Witteveen who was travelling with his wife and daughter, Liam Davison - an Australian author and Siti Amirah step-grandmother of Malaysia Prime-Minister Najib Razak.

Out of the 283 passengers at least eighty were children. Also at least twenty family groups were on board this flight.


Narrated reconstruction of the missile impact, produced by the Dutch Safety Board

U.S. based airlines were informed by NOTAM to avoid to fly in the Ukraine area and the United Kingdom's Department for Transport ordered flights already airborne to bypass south-eastern parts of Ukraine, including advising pilots around the world to plan routes that avoid the area.

There are reports that separatists blocked rescue workers and police from entering the area. They also claimed that they have found the flight recorder of the aircraft and they plan to hand it over to Russia.

Netherlands - Dutch Prime Minister Mark Rutte and King Willem-Alexander expressed their shock at the crash. The Minister of Foreign Affairs Frans Timmermans announced that he will join the Dutch investigation team which will go to Ukraine. Flags on Dutch government buildings flew at half-mast on 18 July.